I'm downloading antiX M11 Test Release. Some time ago, I downloaded antiX M8.5 "Marek Edelman" and it impressed me very favorably. Thus, I am eager to experience what antiX will bring once it's based on Mepis 11.

I'll add my observations here after my download finishes... 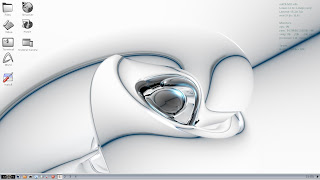 A very modern look, isn't it?

It also comes with a CD-DVD burning tool: GnomeBaker 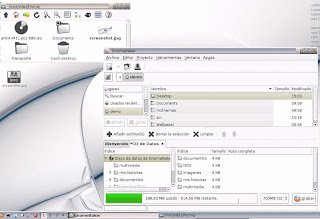 I found a problem while trying to burn: GnomeBaker does not support some characters, so be advised that you'll need to rename files that use them. Fortunately, the problematic file names are marked in red so that you may locate them easily.

Please do not take my word on this as I know very little of these matters, but another problem I encountered was that I could not burn any media. It seems the kernel antiX is using does not support my new DVD burners (Mepis 8 and 8.5 don't, either). Again, I'm just guessing here, but I used Mandriva and it did burn...I could also burn using Mepis 11 alpha 3...that's why I think the problem has something to do with the kernel.

I'm sure there will be a workaround for this problem, maybe I could ask some antiX fellows about it. 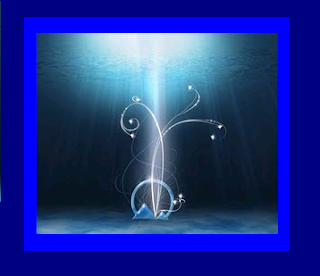 There's a rumor at MepisLovers that the first beta version of Mepis 11 will be out pretty soon (they mentioned a week or so)...good! Also, it seems this time, Mepis 11 will use KDE 4.5. To me, that doesn't really say much; it's more like a synonym for "no fish." :P

Alpha 4 was very robust, so Beta 1 must be even better...I'm waiting for it!

Meanwhile, I'm collecting all the tricks I learned...they might not work on Mepis 11, but who knows?
Publicado por Megatotoro en 15:14 2 comentarios: 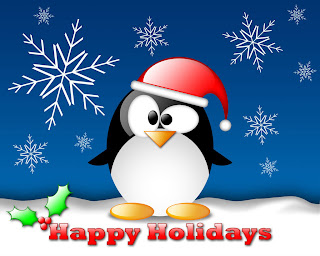 This is my first Linux Christmas season...

Along with the holiday season, December also implied for me looking forward for the new year's antivirus version, backing up my data, and formatting my hard drive. This time, however, my situation changed: I did install Linux again, but on a totally new computer. I'm planning to give away my old Linux PC...

To all the readers who kindly accompanied me at La Esquina de un Migrante a Linux during 2010, my deepest gratitude. 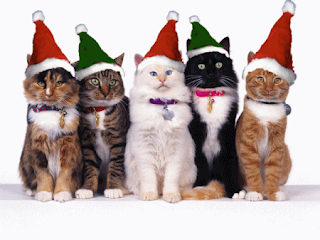 Linux in a University Workshop 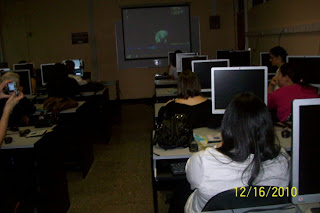 Yesterday, Mechatotoro and I were in charge of a workshop on technology and education for a congress at our university. The basic idea was to apply Freire's philosophy that education needs to be eye-opening and mind-freeing while the current approach to technology is somehow acting conversely in the classrooms.

We conducted several experiments showing how both teachers and students take technology for granted and generally view it as a positive, monolithic and inclusive force while in reality it hinders meta-cognition and favors linear, algorithmic mental processes (not to mention it also excludes individuals.)

As part of the workshop, we exposed our audience to two Linux distributions: Mandriva and Mepis.

The sole concept of Live CDs helped the participants observe that the symbiotic relationship between hardware and software (in this case, Windows) responds to economic and political factors. Why is it that nobody told them before that you can use a CD, DVD, USB or even a memory card to boot a computer with an alternative OS when Windows fails? Of course, in Windows culture, someone gets the benefit when "computers" crash. Again, are the computers (hardware) to blame or is it an OS failure? Very few had actually thought about that before.

Interestingly enough, the teachers who initially had problems locating Microsoft Word on Windows XP had no problem finding and using OpenOffice Writer. They didn't have any problem locating and using some basic software tools for teachers like the calculator, the drawing program, or the spreadsheet, either. Again, if all those tools are there and are free, why is it that nobody had told them before they could use them?

Needless to say, the neat appearance of Mandriva and the eye-candy of KDE helped debunk the stereotype that Linux is only a black screen with cryptic commands. The concept of virtual desktops and the desktop cube seemed to attract their attention quite a bit, too.

Then, we discussed viruses and malware. While Windows didn't see them and the lab antivirus failed to detect four viruses stored in my USB pendrive, Mepis Live CD put them in the spot. I showed the participants how to get rid of USB viruses with Mepis in two clicks (literally). I also showed them how to rescue files stored on Windows using Mepis Live CD.

At the end, we had several issues to reflect upon: Was Linux hard to use? Was it useless and undependable? Why aren't teachers being empowered with this knowledge and conversely, they are kept in a technological paradigm that directly contradicts new cognitive and pedagogical tendencies? (Freire, Vygotsky, and even Gardner come to mind)

I hope our workshop may have contributed to a new technological paradigm in education...at least the participants seemed quite satisfied and motivated. I am thankful they attended the workshop.
Publicado por Megatotoro en 7:13 4 comentarios:

I couldn't help it; I downloaded the fourth alpha of Mepis 11.

It has several changes. Now the wallpaper looks like this: 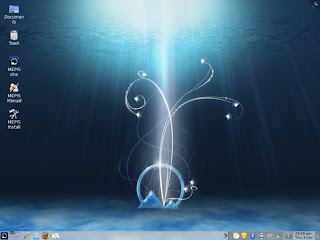 It picked my wired connection right from the start!

It certainly is faster compared to Mepis 8.5 on my old desktop box, which by the way does not allow pretty effects regardless of the distro I use.

In general, Mepis 11 looks really good. One easily forgets it is an alpha!

It seems I was the very first person to report a sound-related problem: ALSA does not work on this big old box...Well, this is an alpha. I am pretty positive things will get solved in time.

Oh, I do miss OpenOffice Calc, which does not come in the live DVD. I hope the full office suite may be included when Mepis 11 is released. Since it went way above the 800 MB limit anyway, I don't find any reason not to include Calc right now.

I will test Mepis 11 on my little netbook later...
Publicado por Megatotoro en 7:09 No hay comentarios:

I am not sure, though, if I will be able to download it and test it as it is quite big (940124 KB). The problem is that I'm busy at the moment and I cannot spare the time for the download.

Should I skip this one and wait for the betas instead?
Publicado por Megatotoro en 13:16 No hay comentarios: 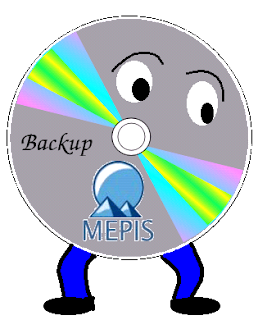 Even though I've heard that some people upload their back-ups to the cloud and others have them in a separate partition, I keep burning my back-ups the old way. Why? Because in my opinion, real back-ups must be physical, stand-alone and removable at all costs. What good is a backup if you need to access the Web to get it? And if by any chance you need the back-up to recover your system's connectivity?

Anyway, I noticed something when I burned my second DVD...

I had never burned a full DVD with the back-ups of my files and documents in the past! A CD used to be enough.

So, what happened? Are my documents growing in size exponentially?

No, the size of my documents remains practically the same. The difference is not the size, but the quantity.

Since I started using Linux, I had made only one back-up at the beginning! Then, I totally forgot about my quarterly back-up burning ritual! Why? I guess because my system didn't remind me about it with slow performance, virus infections or freezes, so I didn't feel the need to get ready for the big crash.

It seems Linux captivated me with its reliability! Still, I must remember about my back-ups...
Publicado por Megatotoro en 18:05 2 comentarios: