The MEPIS and antiX communities are excited and busy.  The reason?  Both are working on a new, interesting project:  MX-14.

According to its Web page, MX-14 is a special version of antiX developed in full collaboration with the Mepis Community and using the best tools and talents from each distro. It is a midweight OS designed to combine an elegant and efficient desktop with simple configuration, high stability, solid performance and medium-sized footprint.

What does it look like?  Since an image is worth a thousand words, please watch this fine video made by Dolphin_Oracle, member of the communities:

However, if I were to name what I like best of MX, I'd have to say that it is what it represents.  It represents that communities can get together and create joint efforts.  It also represents the fact that Linux is open to whoever wants to help.  Not all those behind MX are computer gurus, you know?  :P

How to Get Wireless Working on antiX

Although antiX comes with Wicd, I had never been able to get it to show any wireless network...

That was until I found this easy video tutorial by Dolphin_oracle, a fellow antiX user.

In my case, it was as simple as typing wlan0 in the properties box!  Of course, it is best to check which one your system uses (antiX Control Center can help you with that, as the video also explains).

Now, I can get Wicd to show me different wireless networks wherever I take my antiX system to.
Publicado por Megatotoro en 11:27 3 comentarios:

My Experience with Pardus 2.1 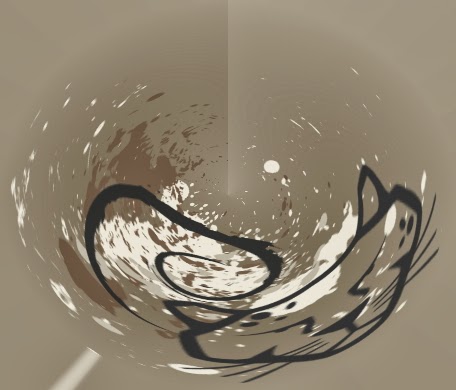 There isn't much press about Pardus lately.  Well, there hasn't been since Pardus got included in the sad list of dormant distros, some years ago.

Then, Pardus came back...but not without controversy.  Instead of the old, independent distro it used to be, it came back with a Debian base.  Some of its former fans got disappointed and said the revived Turkish leopard was nothing but Debian with Pardus icons and logo.  I, for one, did notice several elements in the new Pardus (like GRUB Customizer), that were not originally in Debian's repos.

Before Pardus went to Debian, I used to like that Pardus a lot.  In fact, I still have Pardus 2011 installed on my netbook, where it is still working happily, even if it's outdated.

Then, the Anka Team was formed with the goal of keeping the uniqueness of Pardus alive, and their efforts have given birth to Pisi, which soon will see the light of day.  I have a beta version of Pisi installed on my laptop and it is great!

But I feel at ease with Debian, too.  Most of my favorite distros have a Debian base.  Thus, I gave Pardus 2012-13 Debian a try.  It became the host of all my games and of my Steam client.

Then, I decided it was time for a bold experiment and upgraded it to Pardus 2.1 Beta.

Bad idea!  The upgrade rendered my system unusable.  Well, that's what happens when you try to upgrade an old system the rolling-distro way.  I knew it wasn't going to work, but my curiosity was stronger.

Then, I went the traditional way:  I performed a fresh install of 2.1.  I did notice several issues while running the live, maybe the biggest show-stopper was that I could not see my other partitions and I couldn't mount USB drives.

Still, I went ahead with the installation.  Pardus 2.1 is fully updated; it even sports KDE 4.11!  I had to see what it looked like installed.

Well, it was the same as with the live session: I couldn't see or mount my other partitions no matter how much I tried with my limited knowledge.

Then, I noticed a big amount of updates.  I figured that they would correct my problems, so I installed them...and went back to where I was when I upgraded Pardus 2013 to 2.1:  the sound was broken, KDE was unstable, and I got a nasty message that my user was not recognized...

That means Pardus 2.1 needs more polishing, without a doubt.  As a result, I went back to Pardus 2.0, which is not so up to date, but it is pretty recent.

And then, the enormous batch of updates showed in my system tray.  You'd have to be crazy to install them, especially because it was about 1 Gb of downloads.

Well, call me crazy:  I did perform the download and installed the updates.  I got several warnings that my system was broken...what a surprise!

But the real surprise was that after the process, I booted into a Pardus 2.0 with a shiny KDE 4.11.5 and updated packages!  That was great!

And a little later, around 200 new updates popped up.  I knew I was not a good idea to install them (I had been incredibly lucky after my previous downloads), but I had to see for myself what happened...

I proceeded with the updates...and got to a broken Pardus 2.1 that could not see my drives.

I finally settled for 2.0 and updated KDE and the other packages later.  However, I did not download again the 200 or so downloads that break the system. In other words, now I have a Pardus 2.0-2.1 hybrid.  I find this as a better solution than having either Pardus 2.0, which worked fine but was a bit outdated, or Pardus 2.1, that is not yet ready for prime time.

That's the beauty of Linux!  You have lots of choices and the freedom to experiment.  Also, you lose that horrible fear of breaking your system.  After all, when things went wrong, I could install Pardus 2.0 again in less than 20 minutes!  That's why I kept pushing my limits in my experience with Pardus 2.1.

There have been good moments:

People at the Mepis forum are buzzing with activity.  They are preparing a little surprise of which I cannot say much now, but they let me be part of the process, even with my very limited skills.

Jetpack 2, the sequel to Jetpack, the cult game that kept me busy some years ago, is advancing.  I tested the beta on GalPon MiniNo, Mepis 8, 11, and 12 and it is working.  My brother tested it on Mageia, too.

Firefox OS tablets, even if they are kind of proof of concept, have already landed at Mozilla for developers to test.

I added LXDE to antiX on a Toshiba NB-525 netbook.  It worked like a charm! That antiX install is making the one on my laptop envious.

There are rumors that 2014 will see the birth of Pisi Linux.  I'm waiting for it!


My plans to advance in the world of tablets got somehow interrupted when I dropped my ZaTab ZT2 and damaged its display.  Some people say it's unlucky to drop a tablet...if it is yours, it will bring sadness to your life...if it is not yours, then it brings you calamity!

Two days ago, I tried to boot a distro from CD.  It didn't work.  It turns out that my DVD drive broke down.  Not a big deal now that one can boot from USB, but still...it is not good to have a broken drive.

Yesterday, experimenting recklessly, I broke my Pardus 2013 install.  With it, my Steam games were gone!  At the end, I decided to download and install Pardus 2.1Beta, but it is having trouble seeing my other partitions.  I tried to edit fstab to no avail.  I guess I'll then take a look at Pardus 2.  At least I could see on Pardus 2.1 that Steam keeps records of your stats and achievements, so I technically did not lose my gaming progress.

What's next?  Will it be good or will it be bad?

As my French teacher once said, "On commence bien comme  ça!"

According to an interesting piece of news in a local newspaper, Android dominates in my country (68,73%), mainly thanks to smartphones from Samsung and Motorola.  Apple's iPhone is second with a 17,51% market share.

What does this mean?

It means that, as new generations are more and more exposed to Android, Microsoft's relevance will be questioned.  If kids can do many things with Android (yes, gaming included!), how will Microsoft convince them that they need Windows and nothing else?  With Windows 8?

If schools here start buying Chromebooks (as it is happening in other countries), MS Office will have a tougher time, for I feel it is its office suite what makes many educational institutions believe they need Windows.
Publicado por Megatotoro en 10:24 2 comentarios: