This year my job kept me away from the developing cycle of MX Linux 17.  When I realized, the new release was already available.

I installed it in my ThinkPenguin laptop because the latest Ubuntu did not play nicely with it.  To me, that was quite a shock since that laptop went from Yakkety Yak to Zeisty Zapus without problems, but Artful Aarvark was another story.

MX-17 ran almost perfectly.  The only problem I saw was OpenShot; when trying to render animated titles, the video editor kept asking for a blender version 2.62 or up.  That was a requirement that my system met (it has 2.78a), but Openshot threw the obnoxious "No frame was found in the output from Blender" error.

I tried several fixes from different forums to no avail.  Then, I asked for help in MX forums, but nobody seemed to have a solution.

Then, I went to the page of OpenShot and downloaded an appimage of Openshot 2.4.1.   It worked flawlessly!

Thus, I went to MX forums and told them about Openshot 2.4.1, hoping to help other people in the future. 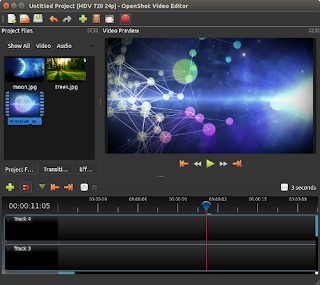 Ah, but I had forgotten the community sense that distinguishes Linux and particularly MX users and developers.  One of the lead developers asked me "Do you want to place a package request for Openshot 2.4.1?"

I did it and in about a day, the great packaging team had the new version of the video editor!  I downloaded it from the repos and it does everything without any problem.

It's great to see how people help each other in the community of free software.

I installed MX-17 (Horizon) today and, in fact, I'm using it to post this entry.

The installation process was simple and quick.  I did notice that the icons became flat, following the new trends... 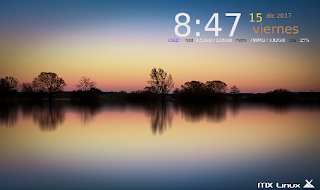 Interestingly, after installing, some updates popped up and I applied them right away.  Then, I did notice that I could not unmount the live USB and that my other partitions were out of reach.  Of course, one of the updates was MX-system.  I could not turn the system off and had to do a hard reboot.

I had no problems with GRUB.  All my other partitions were there, by the way.

Upon logging in again, the problems I had were gone.  ^__^

Then, I realized I had no sound.  Well, that has been pretty consistent with every distro I install on this old 32-bit system (by the way, thanks to the devs for still giving us a 32-bit distro!), thus I knew what to do:  opening a terminal and typing "alsamixer" to uncheck the "auto-mute" option.  That gave me sound.

But then, I realized that YouTube videos were soundless, too.  After a short fiddling with the mixer settings, I enabled sound on YouTube.  No big deal, really.

So far, those are the only issues I've seen.  Actually, I'm impressed by the big amount of improvements and new tools they've added.  MX-17 seems to follow the path of great performance and constant improvement that has characterized it from the start.  I'm eager to test it in more demanding environments.
Publicado por Megatotoro en 18:54 7 comentarios: