Well, well, I managed to install NomadBSD into a flashdrive.  Back in time, I wanted to test FreeBSD, but I knew nothing of Linux and the installation process of any BSD version was beyond my capabilities. 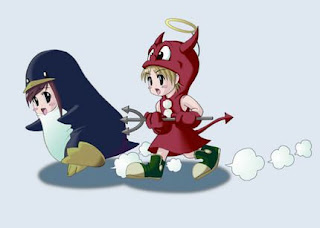 Apparently, my time with Tux has taught me more than I thought.  I could install  NomadBSD although the process was a bit different from my regular Linux installations.  My biggest problem was to find a pendrive with enough space to store the OS (a 4 GB one was not enough).

After that, I booted NomadBSD on my ZaReason Alto laptop, which came with Linux preinstalled.

OK, the setup process was a bit long.  Some of the screens were beyond my understanding, but the default choice was suggested.  I went for that in those cases.

At the end, I got a beautiful BSD system that somehow reminded me of a combination of MacOS and antiX.

Enabling the WiFi was not that hard, and everything seemed to work fine.

My only problem was that the system ran slowly.  Very slowly.  I wonder if that's because of the pendrive, but live Linux distros run really fast on that machine...

I guess I need to try NomadBSD on other laptops and, if the issue persists, I'll have to investigate what happened.
Publicado por Megatotoro en 8:38 1 comentario:

I bought yesterday an HP laptop.  The model is 15-bw022la.  The price was unbeatable for the specs:  a HD of 1 TB, 8 GB of RAM, a DVD ROM, and it came with several goodies (I am not counting Windows 10 among them!) 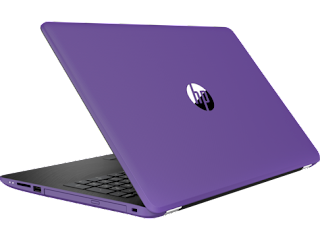 I got a juicy discount because the machine was the one on display at the store and in spite of that and its flashy purple color, I bought it.

The first challenge was what to do with Windows 10.  My experience with that OS is almost null, so I opted for a dual boot.  First problem: the administrative account was already set and with no password.  That meant, of course, that I had to learn how to change that.

Since I am lazy about Windows, I thought of leaving it like that.  After all, I would not be booting that OS frequently.  Thus, I went for the partitioning step.  Unfortunately, I could not shrink the partition more than half of its space (Windows was storing some files in places that didn't allow me to reduce the size of its partition).

Now, leaving half of the HD to an OS that I will not use was outrageous.  I tried several options, like defragmenting, but was unlucky.  That way I learned to reinstall Windows from the recovery partition.

Certainly, installing Windows has become much easier (although not faster). A good chunk of my time went into that. When the process finished, I could set a new user and password and, more importantly, shrink the partition.

Windows, however, does not seem to have tools to format using EXT4.  No surprise there, hehe.

"Any Linux live USB flashdrive or CD/DVD will take care of the problem,"  I said to myself.

But here came the biggest problem.  The computer didn't seem to like any of my distros!  I even downloaded and made a Manjaro USB because it has the latest kernel and is the top one in popularity, so I thought that it would take care of my moody violet computer.  It didn't.  After all the choices, I only got a black screen.  (My other distros had gotten to the desktop but froze right after that).

Unwilling to accept that, I tried antiX 17.3.1 (Hellen Keller). I like antiX because it is modular, has a low footprint, and is really powerful.

Well, antiX did the trick!  It let me format the available space and then installed in less than 20 minutes.  It didn't enable the machine's wi-fi, though.

Using a USB adapter, I've been able to download and configure this distro.  Still some problems linger: the machine freezes at random times.  Right now I'm getting some help from the community to solve those issues.

Interesting... I thought HP was one of the brands that had more Linux support but so far, I've had problems with two HP laptops in a row.