Dealing with UEFI? A Bootloader!

Matthew Garrett published here that shim, his bootloader that will help small Linux distros deal with Secure Restricted Boot is ready for download.

That is good news!  Hopefully, shim will enable many distros to overcome this new direction systems are being made to take. 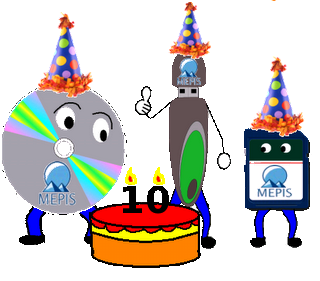 For one part, the MEPIS community is raising funds to help development.  Also, Warren Woodford, MEPIS creator, is working hard to put MEPIS 12 together, hopefully tackling UEFI's Secure Boot, too.

Has GNU/Linux Given Anything to You?

It's been about 3 years since I left Windows XP and became a full-time Linux user.

In this time, I can proudly say that I've learned more than during my 15+ years of using Windows...all the way from 3.11 to XP.

What has GNU/Linux given me concretely?

1.  A rock-solid, dependable system.
Before, I had to pray to the Megabyte gods whenever I had to use a
projector, for example.  I still see some people being embarrassed by
computers  Windows systems refusing to work with those devices.

2.  Peace of mind.
I had to think twice before inserting my usb stick on public systems or
when someone needed to plug one of such devices to my computer.

3.  A great community to help me whenever I need help.
Before, whenever I had problems, I had to pay go get my computer fixed
hard drive formatted and my OS reinstalled.  Then, I learned to do that
myself.  Now, I can count on a community of very nice fellows who are
willing to help me for a word of thanks as their pay.

4.  Tons of fun.
While for some people "fun" is just "games," I learned that taking a
system and making it look and behave the way I want is fun, too.  Of
course, I'm far from being an expert, but even when I switched to Linux 3
years ago, I started doing things like that.

What have I given back to Linux?

Today, my distro's community started collecting funds for development.  I decided to put aside the issues I have with the online paying method and contributed anyway.  That's because Linux has given me a lot and I feel I haven't given back enough. 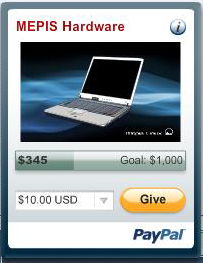 Some people may claim that Linux has given them nothing but headaches. That has not been my case.  I am grateful I migrated, actually!

What about my fellow Linux users?  Has GNU/Linux given anything to you? And what have you given back? 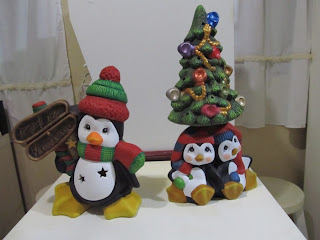