When I read articles about technology, I notice that journalists seem to confuse some concepts, take others for granted or are plainly biased about them.  These three seem to be the most common examples: 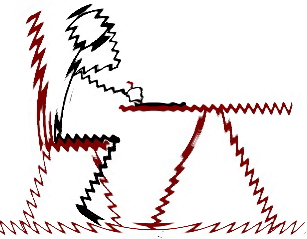 Whenever they write about an Apple virus or a Linux one, they are very specific about the OS.  However, when it is a Windows problem, journalists usually call it "PC" or "computer" malware.  Why not calling it what it really is, a Windows-related issue? This complaint is not new; although it has been repeated over and over, these tech journalists don't seem to learn.

Without getting into the GNU/Linux naming debate, it seems that many journalists make the distinction between Linux and commercial software. Does that mean Linux is not commercial software?  There is nothing in free software preventing it from being commercial. In fact, many businesses are carrying out their commercial activities thanks to Linux.  Why don't these journalists also say "restricted" or "limited" software to refer to proprietary software, just to be fair?

I've read this word a lot of times in tech articles when writers are talking about Linux.  However, isn't Windows "fragmented" as well?  How many versions of Windows 7, 8, and 10 are there?  What about MS Office?  Is Windows 10, with its versions Home, Pro, Enterprise, Enterprise LTSB, Education, and mobile not fragmented by the same principle? Who can defend the idea that MS Office 2016 with its multiple versions:
does not represent fragmentation?  Why don't these tech writers complain about the unnecessary differences and confusion that so many versions cause to the consumer?  The many versions of Linux have never caused me confusion: I call that "variety"!  :P

I really wish tech journalists were a bit less biased (or at least more precise) whenever they publish their articles.  Maybe I'm asking for too much.

Are there any other frequent misconceptions in tech articles I missed?  Feel free to tell me in your comments.  Thanks!