On Linux and Fun

Jack Wallen, who writes fiction as well as articles about Linux, wrote this article in which he claims that if Linux wants to succeed on the desktop, what our beloved penguin needs is more fun.

As a relatively new and non-technical Linux user, I couldn't possibly agree more. All the people that have seen my Linux systems and have gotten interested in them, first noticed a rather "trivial" feature.  The list is more or less as follows:

Kaquarium (this was for old KDE 3)

The command "whoami" (believe it or not!)

Mr. Wallen provides in his article an example of a "silly" app that many users could want and that Linux needs: "a social app, an app to create memes, an app to turn kittens into conquering Vikings."

What about an app that let you add themes of TV shows and displayed their image after a click, when the user has answered?  (pretty much like Auralquiz, but with images and more flexibility)

Judging from what others are attracted to of my Linux systems, I think he is right. I myself have dreamed of having something like Benma, but configurable so that when clicking on her, the cute manga girl told me a joke, or gave me a random interesting fact, or even showed me some words to help me memorize my French vocabulary.  That would be a great break for the moments when my brain is simply overwhelmed with work and I need a very quick pause to keep my sanity.

What's the problem?  First, developers are far too concerned about waste of computer resources.  Well, that used to be true when computer's specs were very limited, but nowadays computers have evolved quite a bit.  Besides, a Linux computer won't be using as many resources as systems with other OSs.  Second, developers seem to think that users worlwide just care about productivity and that any feature not meant to treat humans as part of the computer are distracting and annoying.

Well, that may be true for work...but nowadays, computers have merged with all aspects of human life.  Working is only one of such aspects. As Mr. Wallen well said it, humans love to have fun.

Now, I am not a developer, so I don't know if Mr. Wallen is right when he said that "the majority of users are playing with apps that can be created in most developers' sleep."  I don't know how hard it would be to create a plasmoid like Benma that could be configured so that users added their own content and could activate a random display of such content by clicking on the plasmoid, but I would love to have something like that on my system! 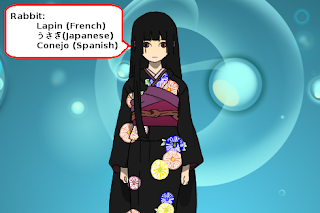 OSS Spotted in a Student's Final Work of my University

I've been testing distros on a coworker's Toshiba NB-505.  So far, I've installed PicarOS, a GalPon MiniNo derivative because this coworker loved it when she saw it for the first time.

To take a break, I browsed the university's document repository.  I often do so to learn about new subjects.  Well, I found a final graduation work by a student of librarianship and information sciences that caught my eye.  Its title is "Didactic Strategies Supported with Free-access Resources for Educators."  It also had to do with constructivism, so I had to take a look at it

I downloaded it expecting to find the same ideas that those who train educators keep repeating, most with an overtly optimistic attitude and also based on an oversimplification of technologies (usually, for them "technology" means "Microsoft software" or "Windows-only software").

The very first tool I found was Skype.  I said to myself "OK, here we go again!"... but I noticed something in the illustration: 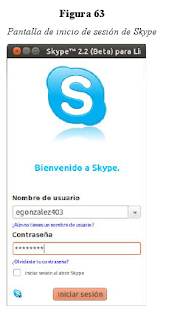 Hehe...the orange buttons to the window's left tell you something, don't they?  Too bad he cropped the image, but you can easily read Skype 2.2. (Beta) for Li--

What could that be? :P


To my surprise, another tool being analyzed and recommended was LibreOffice.  I thought I had made a mistake while reading.  But no, it was LO and not MS Office 360 the one receiving credit for its contributions to education.

Then, I also found some other OSS friends, like Visual Understanding Environment (VUE), Openshot, and Openproj.

That was a breath of fresh air!