Today, MX Linux is celebrating its first birthday!  Wow, time flies indeed.  Interestingly, I have adopted this distro until pretty recently, even though I've been more involved in its work than in MEPIS, antiX, or Pisi.

Just a couple of days ago, the devs released MX-14.4.  Great way to celebrate!

I wish the very best to all those involved in making MX what it is.  Keep up the good work, you all!
Publicado por Megatotoro en 8:04 No hay comentarios:

Will MEPIS Come Back to Life Again?

The development of MEPIS, my favorite distro, has been in a long hiatus.  While I have MEPIS 12 Beta installed and it works very well, I wonder if I'll ever be able to see a new release.

I'm not the only one.  Many at the MEPIS forum have waited and waited...and waited.  Some have shifted to a different distro, some have stayed. 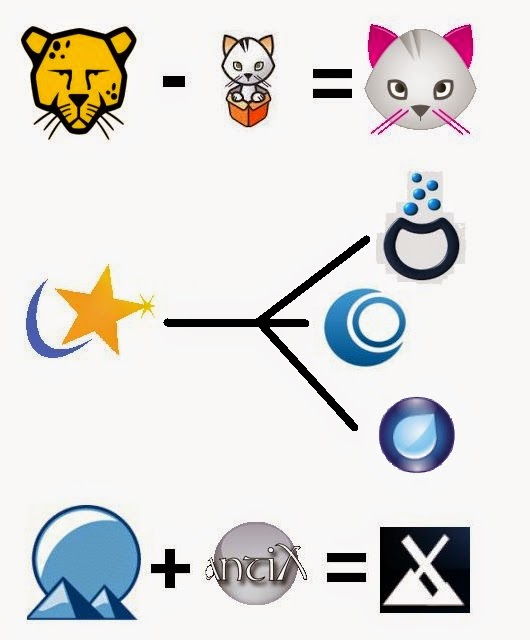 In the past, other distros I like have been shaken, too.  Mandriva, for example, seemed to become extinct.  But the turmoil produced two great distros instead: Mageia and OpenMandriva.


Pardus was another one.  When they decided to drop their unique PiSi packaging to go to a Debian base, such idea actually made a group of tenacious members to create the Anka Team, and their effort paid off when their project, Pardus-Anka, became Pisi Linux.

In the MEPIS tents, something similar is happening. The lack of news about MEPIS development lead several members of the community to join antiX, and together they put together a very interesting project:  MX Linux.

MX-14.3 is pretty robust and the developers constantly add new interesting features.  It has inherited the stability of MEPIS and the power and flexibility of antiX; I couldn't complain!

Still, whenever I boot into any of my MEPIS systems, I ask myself if a new MEPIS will ever see the light...