Thanks to Pisi World, I realized about this video showing how Pisi Linux 1.0 is evolving.

According to Groni, one of its developers, changes include:

Yes, among other details, now they sport a solid black background.  Nice change!

PicarOS Diego Revision C Is out!

After my successful upgrade from GalPon Minino Artabros 2.0 to 2.1 RC, I downloaded the new version of PicarOS Diego, revision C.

After using dd to make a bootable USB, the first thing I noticed when booting Diego was a new GRUB 2 screen.  Unlike the previous one, this one shows Diego's face.  Too bad its colors are too dark for a children-oriented distro, but I take it the idea is that children won't get to see it too often (or ever!) 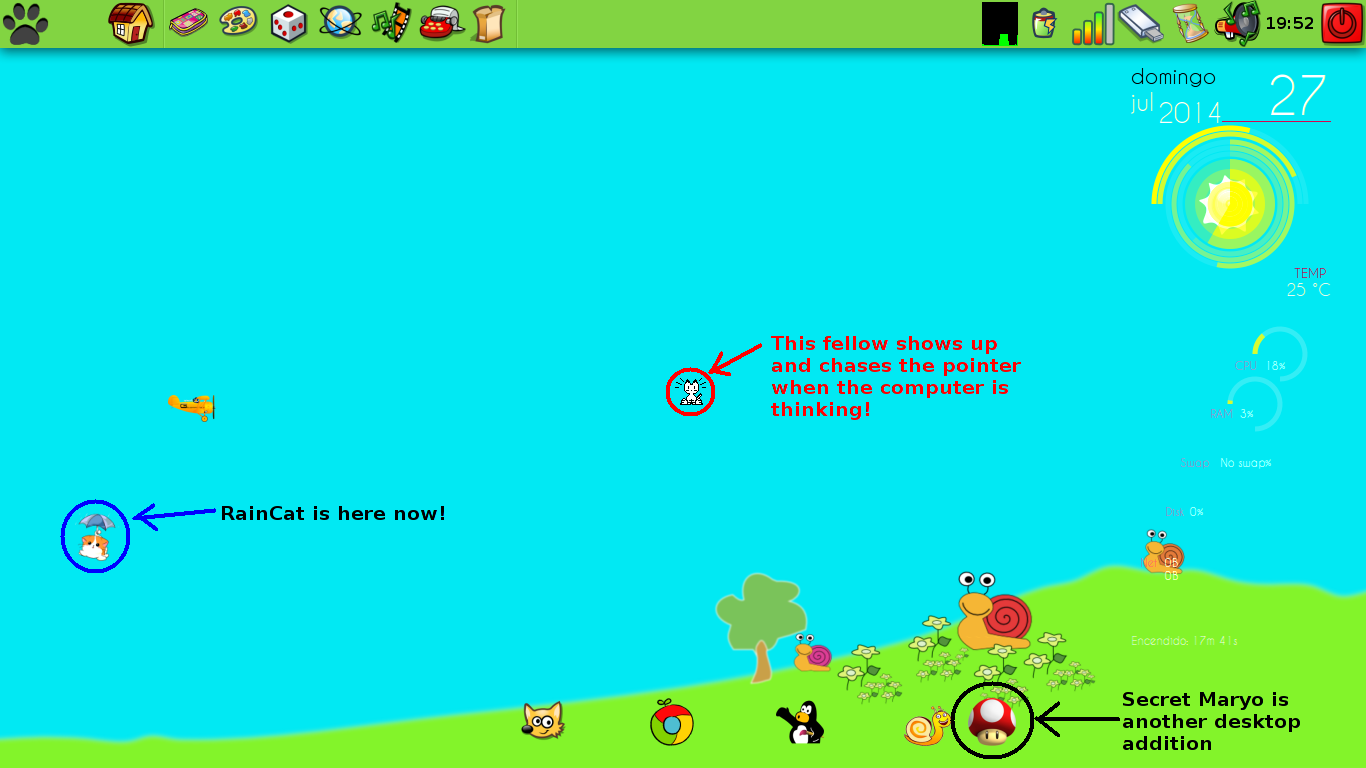 Soon enough, I was greeted by PicarOS desktop.  I did notice a few extra icons there, and a new feature added with the purpose of making computing more fun to children: the little oneko that appears on your desktop and chases your pointer while the computer is thinking.  This little cat also morphs into a dog, a little girl, and even Tux! It will surely keep children thrilled!

So far, those are the most evident changes I've noticed.  I have to keep testing version C to see what else is new.  I'm glad to see the positive development of MiniNo and PicarOS!

It was great to know that GalPon MiniNo, one of my favorite lightweight distros (I'm not sure if I should call MiniNo lightweight, but it is designed to run on old computers) made a RC available for download.

Still, something that caught my eye was that the developers also made available a script to upgrade from version 2.0.  My Artabros is performing the upgrade right now while I type this.

I have to say that it was fun to see the script's countdown on MiniNo's console: 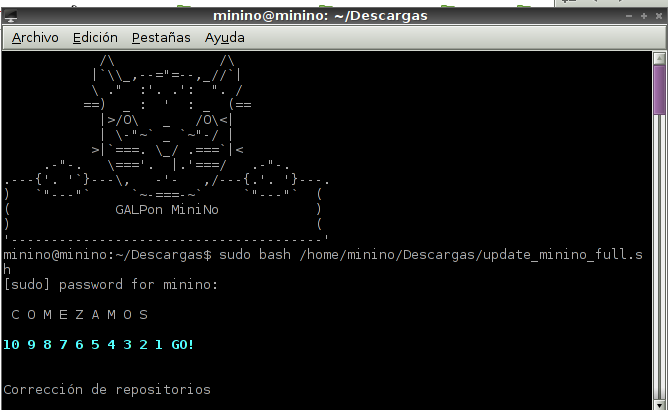 By the way, I noticed that there's also a new revision of PicarOS Diego!
Gotta download it!!!

News about My Favorite Linux Cats

I am a supporter of two little-known distros that are named after cats: Pisi Linux and GalPon MiniNo Linux ("pisi" means "kitty" in Turkish and "minino" is the same word in Spanish).

What has happened with these two Linux cats lately?

Pisi developers are working hard squashing bugs and polishing the distro for its first release.  The process has been slow, but steady.  Right now, Pisi is 92% ready.  Go, Pisi!!!

Minino, similarly, is baking a new Release Candidate of its Artabros version.  The new 2.1 release candidate will be based on Debian 7.5 Wheezy and will come in two flavors: minimal, (that fits on a CD) and full (that must be placed on a DVD).   The minimal release will include a script which, once the distro is installed, will let you upgrade to full.

I'll wait for both, then...
Publicado por Megatotoro en 7:29 1 comentario:

A Requiem for Vivaldi and other Thoughts about New Devices

I was struck by sad news today.  My long awaited Vivaldi tablet has become a canceled project.  Too bad!  That was the only tablet in which I could say I was truly interested.

Open hardware seems to be quite a tough goal to reach.  My ZaReason's ZaTab ZT2 is the closest thing to such ideal I own...and it is not even truly open!

Well, I guess I'll have to give up on the idea for the time being and wait for a Firefox OS tablet...

True, there are other open hardware projects.  The Novena laptop project seems to be doing pretty well, but those prices are prohibitive for me.  If I had $2000 to spend on a laptop, I'd go for ZaReason's new Mir 640.

Well, I could always get a Surface Pro 3.