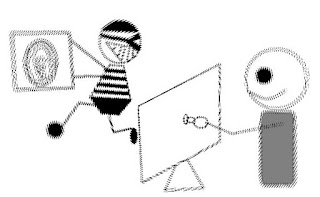 According to this article, Paypal will soon adopt a new technology that will enable people to use, instead of those lousy, lowly, easy-to-hack passwords, that person's fingerprint.

Is this something to be cheered or looked forward with joy?

I mean, right now cyber criminals can give you lots of headaches if they get one of your passwords.  Can you imagine what they can do if they get your very fingerprints? You'll use them also as passwords, don't forget.

During my Windows days, I got my Paypal account hacked and used for a small transaction.  When I discovered it, I contacted Paypal and they, very professionally, after having investigated the issue, corrected the situation.  But I was required to change my password, obviously.

What are they going to do in similar cases now?  Will they ask people to change their fingerprints?   :P

I don't have any problems with my passwords.  Linux takes care of them very well.  Why would I like to give my fingerprints to strangers all over the world?

This takes the idea of "no privacy over the Web" to a brand new level!

It seems that laziness and ignorance, combined with technology, are causing some parts of our brains to go dormant.  We have smart phones, smart watches, soon smart glasses...but no smart minds. When will they invent an app to wake up our brains?

Some Thoughts on Learning, Freedom, and Operating Systems 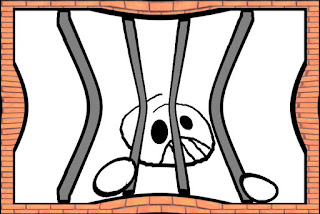 Yesterday, after reading a novel, I decided to update my Pardus 2013 test system.  Well, it was more like an upgrade because I had Pardus 2012 Rc1 installed.  There were about 1GB of updates waiting to be done, so I started killing time while the updates got downloaded and installed.

First, I played some simple games.  Digger and Connectagram kept me active for the first 30 minutes.  While thinking to get my words right in Connectagram, I realized that I was doing something I had never dared to do during my Windows times.

You see, when Windows was downloading updates or patches, using the OS was out of the question.  Actually, that happened to my French teacher two days ago: she wanted to use the lab's PC, but was greeted by the unfortunate "Windows is installing updates" message.  It was 25 updates in total...and, according to the message, she should not stop the process nor turn off the computer until full completion.  She had to go to Plan B until Windows decided it was time for her to use the computer.  Unbelievable!!!

I must say I felt so free!  See, unlike my professor, who was running--or, better said, intended to run--a fully finished, commercial product, I was running a test system.  However, this Pardus (which is almost officially dead) is so stable that I don't mind using it as a production system.  While my OS carried on with its updates, I could go on with my normal tasks.  It is great to have an OS that does not restrain you!

When I finished playing, I dedicated some minutes to see the progress of the updates.  Again, I realized something.  I realized I have learned a great deal since my Windows days.  Now I understand a bit more about the different processes and components of my OS.  Of course, I am still far from being an expert, but I was glad to understand some of what was going on.

That made me think about Windows 8.  Now, fans of the newest Redmond's OS are using the same idea Linux users knew for years.  Windows 8 fans, when talking about Metro interface (I refuse to call that "Modern" because it is NOT!), say: "Windows 8 is good if you are willing to learn something new.

Oh, boy!  After so many years of telling people "why should you learn anything new with Linux? Better keep using Windows," these people are talking like Linux users at last! That's funny!

What's not funny is the unwillingness of many users to learn something new. Windows strategies over the years created a monster that now is giving their creators horrible headaches: most Windows users don't want to learn about their OS, and that's a fact. MS developers should have thought about that when trying to implement Metro so hastily.  That will also be true for Windows Blue and its rapid release ideology (another element from Linux that Windows fans loved to criticize!)

Microsoft, remember: Your users don't want to learn and hate change.  That's how you made them.  Forcing them into your new models might not be a good idea...

And to Windows users out there, good luck because a bumpy ride comes ahead!

I am glad I learned to be free!

An Amazing View of London!

A fellow Mepis user showed the community the link to view London from the BT tower.  I must say it is simply amazing!  The 320 Gigapixel detail gives you a great view of the city.

If you live in the UK and have a BT account, you can even participate in a contest: finding Buzby the Bird! (That will give you an idea of the detail level of the photographs.

And it is true that the bird is there (there are 3 Buzby birds in the city).  Want some proof?  I found one, but I'm not telling you where it is! :P

I heard some rumors that Apple is working on a smart watch.  If that's so, then such an idea is hardly innovative: there have been smartwatches around for some time now.  They run Android, like Sony's Smartwatch or I'm Watch and there's even the Leikr Linux watch project, too.

Apple fans may not like this, but there's even a Windows 8 smart watch concept!

If the iWatch rumor is indeed true and Apple does launch their smart watch, I hope they won't say they invented smart watches.  Well, probably, they'll say they re-invented them or something like that.

Leaving that aside, it's quite clear that open source and innovation are directly related, much to the dismay of these software giants.

This weekend, I'll be testing antiX-13, which has released its first beta! 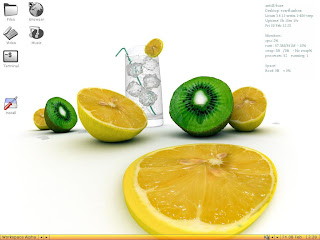 Needless to say, this release is intended for testing purposes, and it is available for 32 bit and for 64 bit computers in two separate .iso files of around 370 MB.

With about 550 Mb of base memory, it took me 15 seconds to go from Grub to antiX desktop.  Not bad!!

As it can be seen, antiX-13 takes 10% of that RAM when idle.  Launching Iceweasel and the game Connectagram takes 27%. 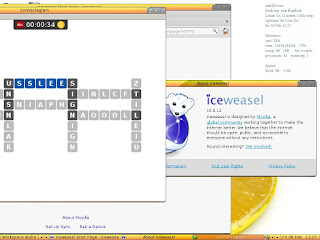 Also, it is important to notice that these isos are of antiX base, which means you won't find lots of applications stuffed into the live CD.  These are for people who want a usable, basic system with some software included, but who would like to add their own packages later.  In fact, if you check the "Office" category, you'll see just a phone notebook and Ted rtf text processor.  That's it.

What if you want to add GIMP or LibreOffice?  And what if you prefer another desktop environment?

antiX makes it easier for you with its metapackage-installer.  You'll find it if you go to "applications" and then to "accessories": 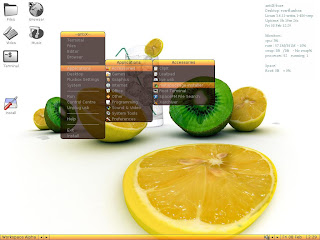 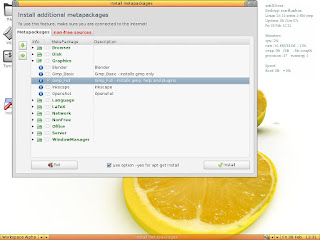 As you can see, using the metapackage-installer, you can download and install different kinds of software to your liking.

Another important detail is that antiX repo has several kernels available:

I have to test this release a bit further.  I installed antiX M11 into a Toshiba Mini NB515 and its owner just loves it.

On the Evolution of MS Windows...

I don't know why, but my thoughts have been going back to the past lately. Is it Jetpack and Digger's fault? :P

Anyway, today it is the turn of MS Windows. I grew up in a MS-DOS world and my first contact with Windows was 3.11.  Then, I used 95, ME (my all time favorite in spite of its terrible fame), and XP.  A bit after Vista was launched, I became a full-time Linux user.  I've used Vista and Vista/7 a couple of times on other people's computers, mostly to prepare the HD to host Linux, though.

With the imminent success of Windows 8 (according to Microsoft), I started to reflect a bit on the evolution of Redmond's OS.

First, some people have found a coincidental resemblance between Windows 8 and AOL (1996): 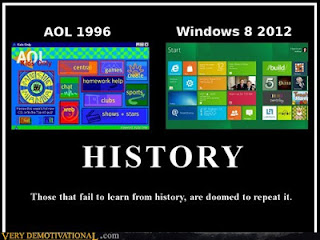 I must agree there is an awkward similarity.  Still, some users challenged the original poster, saying "Did AOL have live tiles then?"

Then, other users counter-attacked with a pretty lethal dose of sarcasm, saying: "Yeah, because live tiles are such a big step forward from gadgets!"

Leaving all that aside, there are other similar elements of Windows 8 and earlier Windows versions.  To start, even their logos are suspiciously alike:

Now, beyond logo design, the points in common that Windows 8 shares with its predecessors were also seen as show stoppers and mistakes in their times.  Let's see:

Summing up, Windows 8 resembles Windows 2: No taskbar, no overlapping windows but tiles instead...

I've heard of some Windows 8 users who don't like the background of the OS, so they have replaced it with...a solid gray color! (YES! Let's bring the style of Windows 3 back!)

Now, I won't go over the atrocious touch interface for desktops.  That's ergonomically disastrous.  Even if Windows lovers feel that's cool, your arms will feel otherwise, for sure.

Beyond all the hype around it...are we sure Windows 8 represents an evolution of Redmond's OS?  It looks more like a nostalgic OS release to me, quite like those "Best Songs of" albums...only that the features Windows 8 has in common with older Windows releases don't seem "the best" now and they were not the best in the past, either.

Back in 1983, Windmill Software published a little game that became a legend:  Digger! 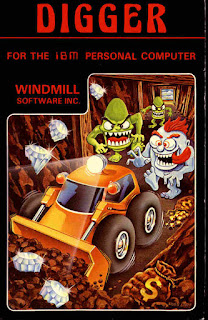 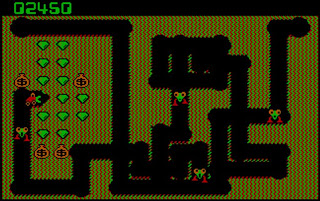 I don't know in what specific date Digger came to life, but I'm very happy that even today it is still remembered.  In fact, this little old game has an official page, from which you can download Digger along with other classics, such as Styx.

Ah, the good ol'  Digger was remastered and ported to several platforms, including some Linux versions!  I could download the Debian version from that page! 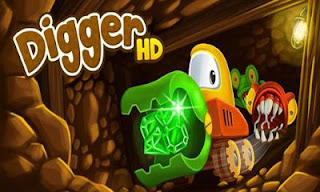 I'm also glad that the game was ported to Android.  You can download Digger HD!