Wow!  I have been so busy that I did not realize MX Linux had its version 21 (Wildflower) Beta 1 released a few days ago.  I am downloading it right now to give it a test drive.  Will it run on my moody Dell laptop?  I really hope so! 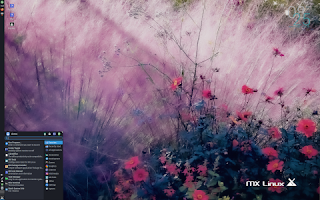 UPDATE 2:  Total success!  Everything works out of the box!  Even VLC, that gave me headaches on Ubuntu works smoothly.  I tested the beta on a Dell Inspiron 14 3000 as well and both performed equally.

Thank you, MX team!  You always surprise me!

I noticed something interesting on DistroWatch's 30-day distro ranking.  EndeavourOS is #2, while Garuda is #6.  I had not heard of those distros before; thus, when I checked on them, I realized that, like Manjaro (#3), they are Arch-based distros. 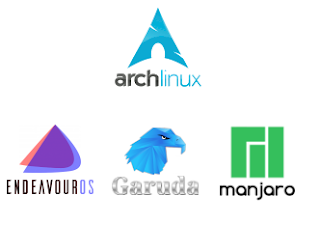 In the past, distros that enjoyed more popularity were Ubuntu-based.  Before that, it was Debian-based and Red Hat distros the ones that populated the first spots. Right now, Red Hat's family is lower in the ranking.

I wonder what motivates those changes. I have not used an Arch-based distro yet. Is it time for me to try one?

Today, this humble blog is celebrating its 11th anniversary. 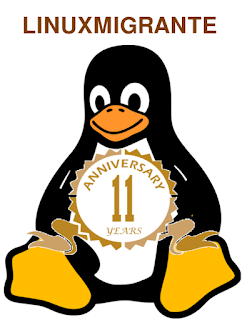 That also means that I have been using Linux for more than eleven years!

All this time in company of Tux has taught me many lessons. These are eleven of of them:

1- One can survive quite a long time on Linux without being a CLI expert.

2- With Linux, there is always more than a way to do the job. If you don't find it, you just need to keep searching.

4- Communities vary. So their ways.

5- Security is at the user's hands. You cannot resign that responsibility.

6- There are lots of ways to contribute with your favorite distro / free software project. All of us can contribute in some way.

7- Linux gets better and better each year.

8- Distros come and go. However, their contributions stay.

10- Some people simply won't understand the value of free software even if they are using it on a daily basis.

11- Using a computer can truly become a pleasant experience. You do not have to pay lots of money for that.

Those are eleven of the many lessons the friendly penguin has taught me.

Time for a Little Update on this Blog

It has been a long time since I last posted something here!

All this Covid-19 situation and my shift to online work have taken a toll on my available time.  This year has been especially time consuming!

Still, I have to report that my Linux computers are all working seamlessly.  I have applied all updates.  In fact, I am applying 50 MB of updates right now as I type these words.

This reminds me of a conversation I had with a friend last weekend.  She told me that she (a Windows 10 user) always has problems when Windows 10 updates.  Her solution has been delaying them for as long as she can, but with that system you cannot stop them unless you pay more.  Sooner or later they will come and hit her box, unleashing all sorts of problems.

What does she do?  Well, apparently she takes the PC to a technician every 6 months to do a resetting or something so that she can keep using the computer.

Wow!  I am glad I am not caught in that situation.  I especially do not have the time for such a fun activity!

And then a Bionic Beaver Saved the Day

Thanks to an unfortunate accident, I had to go laptop hunting.  I bought a Dell Inspiron 14 3000.  I saw that Dell had them preinstalled with Linux, but the store from which I got mine only had Windows laptops (what a surprise!)

After jumping all the fire hoops to disable restricted boot (hey, this machine's UEFI even comes with an option to prevent booting from USB! Fortunately it was off), I tried my favorite Linux USBs and got to a blinking cursor when the graphic session was supposed to start.  I even tested the latest editions.  MX Patito Feo informed me that it could not connect to the x.org server.  None of my other distros worked, either.

Well, Dell machines sometimes come preinstalled with Ubuntu, so I made an Ubuntu 20.04 (Focal Fossa) USB and booted the laptop.

It got to the desktop, OK, but not as I expected.  The screen display was something that looked, depending on what you had open, as a vitral or as a total caleidoscope.

Maybe the Ubuntu edition was too new?  I tried 16.04.  The screen was perfect and so was the wireless.  Great! I installed it... but then, I realized that the sound was not working.  I had the sound dummy output as the only option.

I tried several workarounds to no avail.  I then tried Ubuntu 14.04.  Same story.

Ubuntu booted and Dell machines come with Ubuntu. What else could I do?

I realized that  had not tried Ubuntu 18.04 (Bionic Beaver) because, for some unknown reason, I had skipped it.

I made a USB with that image and booted the laptop.  Everything worked... except the sound.  The same dummy output was there.

Tired of trying, I installed it just because.  It took much longer than the other editions I had installed. 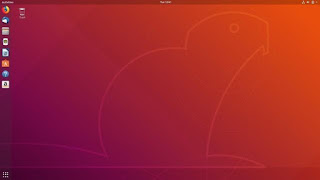 When I got to the desktop, I made a sound test.  IT WORKED!

I've no idea how, but Bionic Beaver got everything working.  My Dell laptop now runs Ubuntu, that saved the day. 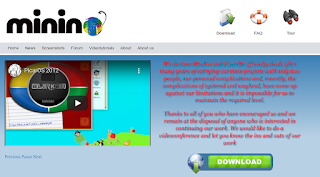 I can only thank the developers.  Thank you very much for all your hard work and for those amazing distros.  I wish you the best and I really hope somebody could take over the projects.  You will be remembered.

2020 changed many areas in our lives.  Suddenly, I saw myself using software I had never bothered to use before: Openshot, Kdenlive, Tupí, and Inkscape, among others.  Also, I bought licenses of several online apps.  I even started using some social networks in spite of my total lack of interest in them.

As many others, I lost money and became alien to my work, which took a much greater chunk of my time than before.  I stopped doing exercise and had no time to read or to write, my favorite activities. Sickness also attacked my family.  Every day seemed like taken out from a dark and weird dimension. 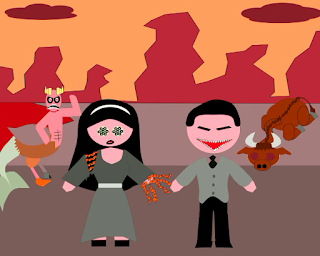 Still, I found out that I could navigate this new weird and unstable reality. As Mechatotoro said, I can also claim that I have survived this year. 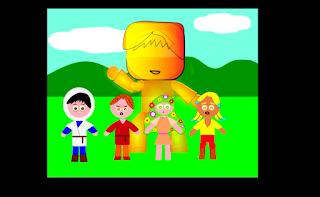 I hear many people being happy and hopeful about 2021.  Still, there is no guarantee that the year about to start may be better than this one. What will 2021 bring? Nobody knows.