This week has brought good news to my world:

2.  PicarOS has just published a demo of an ISO made for x86 tablets. They used an ACER P3 with an i3 processor and the system looks great.

3.  There was a memo telling the authorities of my faculty to stop the lock-in on proprietary software and to encourage the use and teaching of free software.

Now, I wish I had a tablet to test PicarOS and that would complete this week!
Publicado por Megatotoro en 12:34 1 comentario: 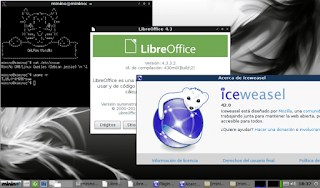 
So, what does it bring?  So far, we don't know much...only that it comes with a Debian Jessie base and that the ISO is downloadable for testing and bug-finding purposes.

The forum for notifying about bugs is here.

The Windows 10 Plane Has Arrived!!

Back in 2010, I posted this little joke about Operating Systems running airlines.

Yesterday, I realized that a meme on the Web equates Windows 10 to a plane...and what a plane!

One would think that after all these years, Microsoft's OSs would gain more respect (to most people they are a necessary evil), especially if we take into account that Windows 10 is trying to imitate lots of key Linux features...

...Apparently, the situation hasn't changed much.  Here you have it: The Windows 10 plane! 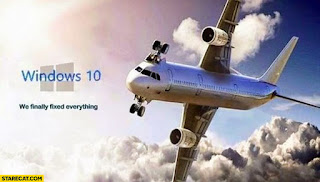 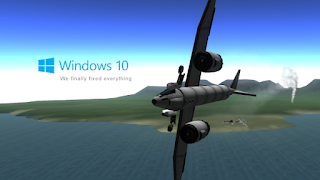 Add the surveillance cameras tracking your every movement and those pictures will be complete!  :P
Publicado por Megatotoro en 16:56 1 comentario:

Long time ago, before Mozilla launched its Firefox OS phones, there was a Firefox OS simulator for your Firefox browser.  I had installed it back then and tested it.  It was fun; indeed, thanks to it, I met Om-Nom, the fun creature of the popular game "Cut the Rope."

Today, when I tried to run the simulator, I got a message that it was outdated and that I should try WebIDE for more up to date versions of Mozilla's phone OS.

I didn't know anything about WebIDE.  It sounded pretty technical to me, who just wanted to run a little game called "Spooky Cats."

Fortunately, Mozilla made WebIDE simple enough for someone like me to understand it and use it...at least to reach my humble goal.

How to use WebIDE?

Basically, on Firefox 33 or later, we must go to the menu "Tools" and then "Web Developer" to select WebIDE.  The shortcut is SHIFT + F8.

Once the WebIDE is open, we must download and install a runtime.  I chose Firefox OS 2.2.  The process was as simple as a click.

The rest is equally simple:  Choose the runtime you installed and run it. 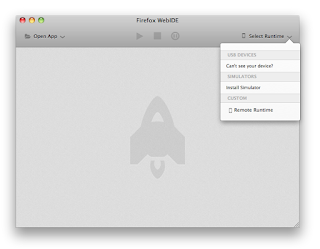 Once I got my Firefox OS simulator, I went straight to the marketplace to locate the game I was looking for.  It was not hard to find it: 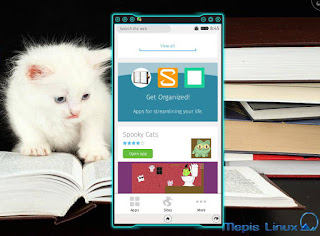 Then, I installed it.  That was again extremely simple. 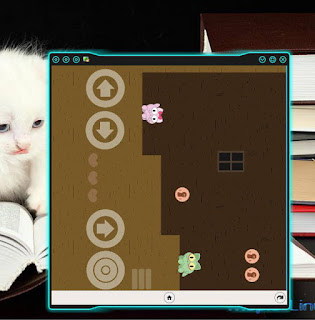 But there was a little problem: the game was meant to work horizontally!

Controlling the game like that was not only awkward but almost impossible, at least for an ocassional gamer like me.

Clicking on the round arrow buttons to move your character was unnatural and hard, not to mention that I also had to resize the phone window to be able to see what was going on.

Until I noticed the little arrow button on the lower right corner of the window.

I clicked on that button and... 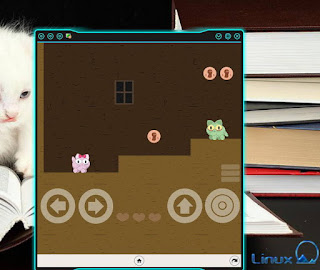 Problem solved!  The orientation of the phone screen changed and that also enabled my arrow keys and the space bar on the game.  Now I can play the game on my laptop as easily as it could get.

Some people criticize Mozilla for different reasons and dislike Firefox.  So far, I haven't found a browser that lets you do as many things as Firefox does.
Publicado por Megatotoro en 19:32 1 comentario:

I realized two days ago that Pisi Linux 2.0 is on development and right now it reached the state of alpha 6.

I downloaded the test ISO and installed it on a virtual machine (no live DVD unfortunately).

What does it have?

See this video of the previous alpha (alpha 5), posted by Groni, one of the members of the team:

This is what the Pisi GRUB bootloader looks like: 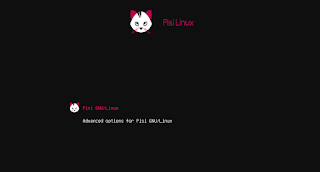 And this is the log in screen.  Not very impressive, but I don't expect to be impressed at this stage anyway. 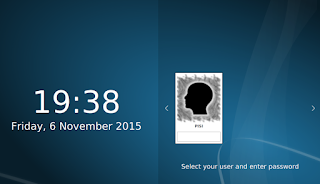 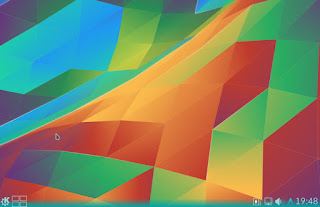 The first thing I noticed of Pisi Linux Alpha 6 is that it comes with Plasma 5.  To be honest, I don't like the flat look of Plasma 5.  Another aspect of the new KDE desktop that I don't like is the fact that they got rid of the possibility to set different wallpapers and plasmoids for each virtual desktop.


The good part is that some window themes and desktop themes like Ghost are still supported.  For those of us who are not happy looking how a desktop mimics a tablet or a phone, that theme is a life saver. In my opinion, the panel looks a lot better indeed if Ghost is set.

This is the log out screen.  Again, thanks to Ghost, Plasma it is not so painful to look at. 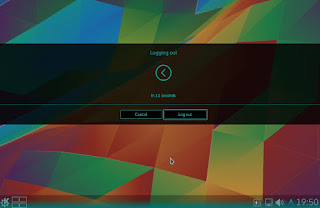 So far, my complaints are not directed to Pisi but to KDE.  But what about Pisi concretely?

I did notice that VLC fails to load.  Also, I realized that an old bug causing the system not to be fully localized when one chooses Spanish is still present...apparently.

Well, this is an alpha.  Expecting full functionality and polish at this level is asking too much, especially because Pisi has few developers. In this light, I am actually very pleased.  Pisi's developing team may lack members but not hard work and enthusiasm.

Hopefully, Pisi 2.0 will surprise all of us. I am very happy that Pisi is still in development.

Activity Pager: The Light at the End of Plasma 5.5's Tunnel?

I learned here that Plasma 5.5 will come with a tiny plasmoid called Activity Pager.  It is designed to somehow imitate the pager for virtual desktops, but using Plasma's activities instead.

Could this be the answer for all KDE users who, like me, got discouraged by the lack of virtual desktop customization in the new version of KDE?

At least Activity Pager might be a way to minimize the friction of Plasma's lack of features.
Publicado por Megatotoro en 19:11 2 comentarios: