And so I Found Teddy!

I must say that the ending was totally unexpected and that it was much more rewarding than I thought.

The game even gives you a glimpse of its sequel, Finding Teddy 2.  Too bad the new game does not run on Linux!  Developers, what were you thinking?

Well, at least Finding Teddy has an interesting Easter Egg.  Once you finish the game, you get to start it again to face once more the gigantic Tarant.  Then, you have to... (no, I won't tell!)  :P 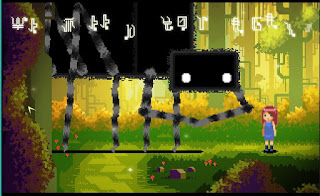 Although this is news from around February this year, I just realized that the game Jetpack 2 has been finally greenlit on Steam.

Hopefully, this will speed things up on this game, which I've been waiting since 1999.  The original game used to end with the message "wait for Jetpack 2 in 1999." 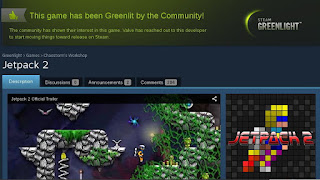 Unfortunately, Adam Pedersen, the developer, has been through a lot of situations that have prevented the completion of the game.  Still, it has been quite a lot of time waiting and many fans have lost hope to see the game finally launched.

But there's still hope.  Mr. Pedersen commented this on Steam's greenlight of Jetpack 2 on February 28:

Hey, we finally got greenlit!
I'm not able to work on this full time for the time being, but I'm hoping to get it out this year.
Thanks for your support everyone!

The promise of releasing Jetpack 2 may have not been fulfilled for a lot of years, but the beta does run on Linux as said by the developer.  Hopefully, we will have Jetpack 2 soon...or someday...and hopefully it will run on Linux, too.

I got this one from the Mepis forums. Type about:config in your address bar.  That will open the configuration options for Firefox.  Then, type privacy and some options will appear.  Look for

and double-click on it to turn its value to true.  Firefox will load pages much faster.

2.  Enabling High Definition on your HTML5 player for Youtube

This tutorial by Thomas Pfeiffer on LinuxVeda (images included) will teach you how to do it.  You first need to type youtube.com/html5 in your address bar.  On the page that opens, choose HTML5 as your default player.  But up to this point, you only have low resolution.  You need one more step to enable HD:

Again, type about:config in your address bar.  Then, type mediasource in the search bar of that page and double-click on

to change their value to true.

I Upgraded to Pisi 1.2 without Noticing It!

Thanks to Mechatotoro, I realized that the release of Pisi Linux 1.2 was officially published on Distrowatch.

Apparently, I've upgraded all the way from 1.0 to 1.2 without even knowing about it.  The only problem I found was with the package Fotoxx, which caused an error whenever I wanted to update it.  The issue was solved by deleting the package and then reinstalling it.

So far, I've found no problems.  I'm posting this from my recently upgraded Pisi install. Pisi 1.2, the last one of the Pisi 1 series, is doing great.

Thanks to all the devs for their hard work.
Publicado por Megatotoro en 16:47 1 comentario:

I bought Finding Teddy and Anna for Steam.


In Finding Teddy, you'd better take good care of the little girl who is the main character...otherwise she will find horrible ways of dying.  So far, I've been wasped (stung by a giant wasp) and monstered (a crying monster crushes you against the floor with its enormous head, using it as a hammer).


Concerning Anna, it is a lot harder than I expected.  I had a tough time just trying to get into the house where the actions take place.

I guess I'll have to concentrate more (or play for a longer time) if I want to get things done in this game which, by the way, seems to be very well designed.


Nothing like a creepy game to unwind after doing your work!

I don't have much time to play games.  Still, I have quite a few that I like and that I play on my Linux computers or my Android tablet.  Among them, the ones I like best seem to be the creepy ones:

1.  Nihilumbra: The game in which you escape the void!

This is one of my all time favorites.  The atmosphere is depressing and everything seems to be reminding you that you do not belong.  While you fight (and flee) for survival, you get to learn a lot about yourself and the world you live in (and I don't mean the character or the fictional world!)

This is another one I was able to finish.  Although the puzzles can become frustrating at times (I played it when the hint system was not polished), I realized that I could find my way in such a weird environment while I guided little Violett out of that world she got caught in. I might be exaggerating, but sometimes I felt I could understand the weird language the characters spoke.

3.  Freeze!:  If everything around you spins, FREEZE!

I found this one accidentally while looking for apps for my tablet.  Apparently, you were kidnapped for no reason and now have to escape from multiple prisons. Interestingly enough, when I watched the introductory video in the game, I couldn't help relating the main character to the graphic depiction of the flowers of evil of the anime/manga series Aku no Hana.

(But I hope not to find in the game a theme song as disturbing as the ending theme of the series.  Believe me, if you haven't heard it, you don't want to hear it.)

4.  Incredipede: If an eye alone is disturbing, add limbs to it!

This one is addictive...if you can get past the awkward feeling of seeing
Quozzle, the protagonist, crawl, spin, walk, and jump through each level.
This is what some have said of the game:


Sometimes you agonize as make poor Quozzle crawl across lava rivers and you see her limbs burn.  Really, this is not for the faint-hearted!

I played this one on my tablet.  Although it is quite a heavy download, it is worth your time and bandwidth.

In this game you control the little bird-like...bat-like creature and help it fly through a series of challenging levels.

If you like Flappy Bird but find it too cheerful, this is the game for you.  You will do your best not to let the flying creature die.

6.  Limbo: The creepy among the creepy!
I don't know what was in the head of the developers of this one.  This is surely the kind of game you don't want your kids to play...unless you want them to have nightmares for the rest of their lives.  This game is packed with lots of interesting puzzles in probably the darkest environment you could ever imagine for a game.  Really, if you want a creepy, mind boggling, disturbing game, look no further.  I will refrain from describing it not to spoil the fun.  But here's another image showing you what awaits you:


There are two other creepy games I haven't been able to play yet.  The first one did not run on Linux (I have to try Steam, I guess) and the second...Well, I have to buy it.  It's $10 on Steam! 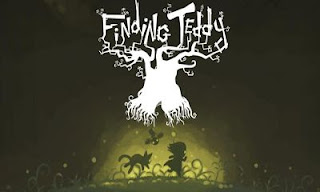 Anna: I've heard this one makes you jump! 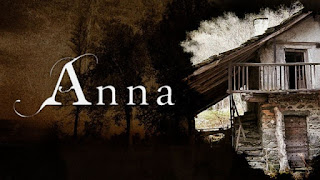 Yesterday, I found lots of updates for my Pisi Linux install.  I applied them to see if everything went fine after a total 200~MB download...

Well, to be honest, apart from Firefox 38.0.5 (still one release behind), my untrained eye did not catch anything.  And that's great because if something had gone wrong, I'm pretty sure I'd notice it!

I'm happy that Pisi is still with us.  It has become too silent and almost secluded, but I still hope Pisi does not go extinct.

Do you remember the monthly "Windows whateverversion gained x market share this month" articles that plagued the Web for years?

Linux users always said that the sources for those numbers were not reliable enough...but Windows advocates dismissed the whole issue saying the numbers were correct.

Then, the page went down for a few hours...

When it became available again, the numbers were discouraging for Windows 8.

This made some Windows-biased journalists cry out loud, saying "those numbers are not to be believed!!!"

Where did I hear that before?  :P

They also said that it was time to stop the monthly announcements about Windows 8's sluggish gains (they did not use those words, of course).

And thus, the articles were gone.

While I kind of miss them, I think it's good they are gone.  It was embarrassing to see how Windows journalists tried to paint a great future for an OS that was way worse than Vista in terms of adoption. Funny, huh?

Can you imagine the title of this month's article now that Windows 8, after 2 1/2 years has not been able to reach 20% market share? Let me say it again, Windows 8.x has not yet surpassed Vista.

In case you want to check the numbers of Vista's good ol' times, you can do it  here. Hurry up, though.  We don't know how long they will last!

Again, where's the batch of articles informing about that 0.43% loss?  And why aren't those "objective" journalists informing us the truth about Vista and 8? They just made their comparisons once that Vista was weak...

If those numbers are not to be believed, then let me add that neither are those "tech journalists"!  Let's be fair!
Publicado por Megatotoro en 14:02 3 comentarios: